As planned, earlier today I degreased the engine to see how clean I could get it and to make it a little easier to work on.

Before degreasing it all, I grabbed a roll of cheap garbage bags and a roll of duct tape and went to town covering everything that was electrical or had electrical wiring running along or through it.

Once wrapped up, I wheeled the bike aroudn the side of our house and got to degreasing it. Don't worry, that drain is just a square pit that doesn't go anywhere at all, so no I did not wash degreaser and sludge into the sewer system) I used all four cans of degreaser as well as a couple of brushes and toothbrushes to free up as much dirt, oil and grease as possible.

The outside of the engine didn't clean up all that much from what it was before, as the aluminium is actually pitted which makes it look dirty. It is however not oily or greasy to the touch which is a good change.

Where you really notice the work is under the side cover besides the gearbox where the front sprocket is. There was a thick black sludge under there before I started (Forgot to get pictures of it) and I think it was up to a centimetre thick in some places.

It is now almost spotless with just a few minor patches that I will try and clean up again at a later date.

I also pulled the spark plugs out and turned the motor over by hand for about 30 revolutions. It turned over really easily with a big breaker bar on the 17mm nut, so the engine is fine and obviously not seized. I will do a compression test at a later date, but I think it should be fine to run for a while without having to do any major work on it.

In the next couple of weeks I will start ordering some parts from . So far I will be getting carb rebuild kits (which consist of new float bowl gaskets and float valves) electric ignition kit (although I will try starting the bike initially with the current ignition system before selling it on) sump and oil filters, plus a few gaskets small little bits and pieces as I find them while going over the bike.

My goal is to start the bike by Anzac day (25th of April) which should be quite achievable.

Here are some photos from today: 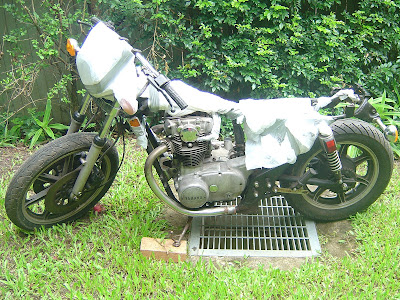 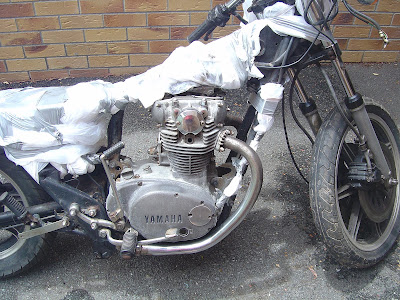 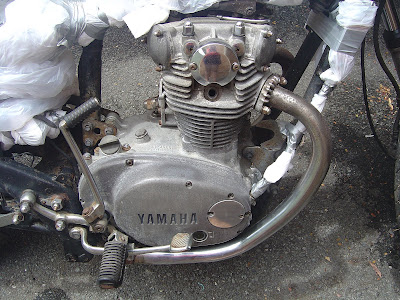 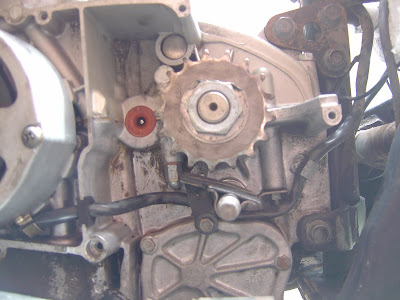 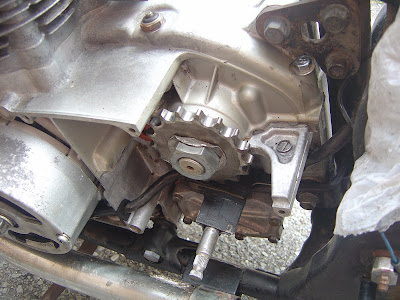