Making my project a reality

So now that I knew that I wanted to build a chopper of some sort I needed to work out exactly what I wanted out of a bike and how to go about it.

I started doing some research online again and found out that many people love the Japanese bikes as a basis of their choppers, bobbers and cafe racers as they are fairly cheap, reliable and parts and support are plentiful.

Having owned a Japanese sports bike for the last 3 years I agreed with this and searched on.

I came across many builds using the Honda CB750 bikes both here and in the States, but there was one more bike that had an even bigger cult following. The Yamaha XS650.

This is a classic bike being a Parallel twin motor which bears some resemblance to the British Singles and Twins that are very well known for their use as choppers, bobbers and cafe racers.

Just reading about the XS's pumped me up and got me searching straight away for bikes for sale that would make a suitable project. I saw several bikes that where reasonable priced but had already sold, leaving only highly priced restored bikes available.

I continued researching the idea for the last few months, reading up about the bikes, their issues and the common mods that everyone does to them. It was at this time that I ran accross a company called Slice N Dice Kustoms that where located on the Gold Coast. This seemed to be perfect. I shot a few emails to Dan at S'N'D and organised to meet him, check out his shop and purchase one of his cool T Shirts. He is a great guy with a passion for building some cool bikes. I met him and chatted for a while about the bikes and the mods that he does including the Hardtails for the bikes. If I am going to build a chopper I want to go for a bare bones hardtail bike and this is what he specialises in.


I was loving the idea of this project so much that I started planning to sell off my current bike to make room for the project and give me my starting funds.

At around the same time as planning to get rid of my CBR I put up a few wanted ads for an XS that would be a suitable project. I was looking for a basket case or a runner that needed work so that it would be affordable. I ended up getting a few offers of bikes for sale, but nothing was really working for me price wise, with people in Australia demanding a premium for these classics.

I ended up getting an offer from a guy on the Gold Coast for his 81 XS650 Special Heritage project bike for $1500 that he has had for a year. He purchased it at a swap meet this time last year and started to give the bike a cleanup and get it running right but slowed down on the project and has now decided to mod one of his other bikes. I checked out the XS and made plans to buy it off him within the next month or so as he was in no hurry to sell it and was happy for it to go to someone who was willing to work on the bike and make a nice little project out of it.

The bike has been partially pulled down and a few parts have been cleaned and some replacement parts sourced. It will take a bit of work to get the bike back together and into a running state, but this is exactly what I was looking to get for my project.

So fast forward to last week, I make a plan and get the CBR inspected and get a roadworthy certificate done so that I can sell the bike with Rego, giving me the best chance to sell it.

I put the bike up for sale at a fair price, given the condition of the bike, and within 24 hours of the ads going up I had a deposit down. Another 2 days and the bike was paid for and sold to the new owner.

$2300 for the CBR was a great deal for the new owner and a great start to my new project. As much as I will miss the CBR, I know that the money is going to something that will give me a lot more enjoyment. 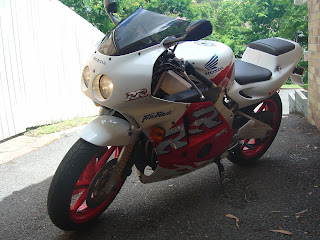 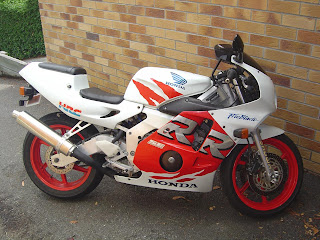